Self-Driving Semi-Trucks: Who, What, When, and Why — Part 1 Tesla may have popularized autonomous driving in cars, but self-driving cars are just the beginning: automated trucks are the future.

The widespread adoption of self-driving semi-trucks is one of the most promising initiatives in the trucking industry. While there are still some kinks to work out before freight companies can fully rely on self-driving vehicles, recent advancements have led many tech leaders and financiers to believe self-driving trucks will be commonly used within 10 years.

This blog series will dive into the features of self-driving trucks and the progress key players have made in their development so far. In the first post, we’ll discuss the differences between semi-autonomous trucks and fully autonomous trucks, in addition to their benefits and their impact on the role of truck drivers. The second (and final) post will examine the companies that are racing to build these automated vehicles and their most recent accomplishments.

Trucking companies are testing features in two areas: semi-automated trucks (which depend on the driver for some functions) and fully autonomous trucks (which don’t require a driver at all).

According to the press release, SAE developed this standard to “…speed the delivery of an initial regula­tory framework and best practices to guide manufacturers and other entities in the safe design, development, testing, and deployment of highly automated vehicles (HAVs).”

The J3016™ “Levels of Driving Automation” standard has been adopted on a global scale and is accepted by stakeholders in the automated vehicle technology space. In turn, the U.S. Department of Transportation has included it in the Federal Automated Vehicles Policy for driving on city streets.

Self-driving technology that falls in the lower levels of SAE’s standard minimizes the work of a driver, while that in the higher levels of the standard eliminates the need for drivers altogether. In the most recent tests with Level 4 trucks, drivers haven’t had to do more than stand by in the event they need to take over control of their respective vehicles. 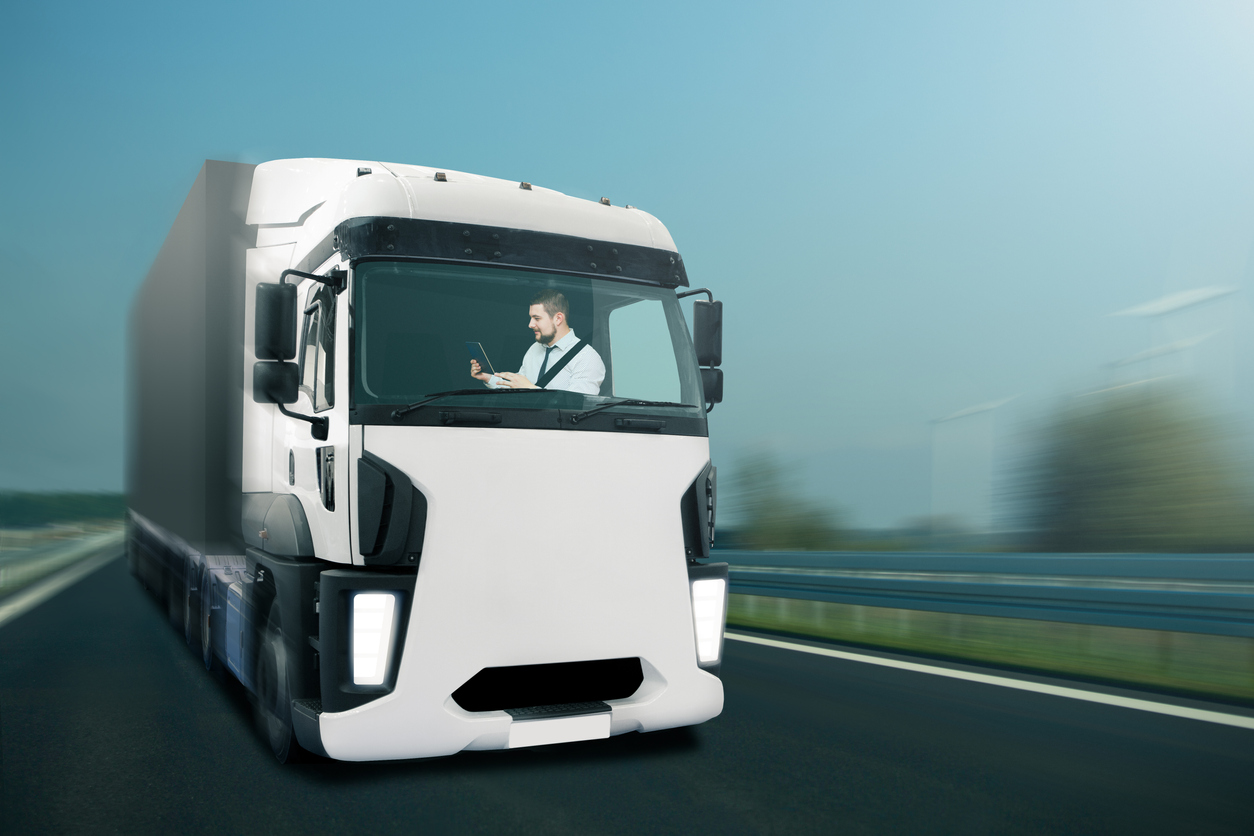 The benefits of an autonomous system in trucking

Advocates of automated driving technology cite many benefits, including enhanced safety, a jump in productivity, cost savings, and increased efficiency.

Every year, truck accidents yield 120,000 casualties, 4,000 of which prove fatal. An article by Transport Topics says, “…onboard safety technology will do more to prevent crashes and support the driver in the future.” The same piece highlights automated braking, acceleration, and steering (Level 2 attributes) as features that “[promise] to enhance safety and make the job of the trucker more comfortable and less stressful.”

Distracted driving is the leading cause of accidents in the United States, and exhaustion is a factor in about 14% of fatal truck accidents. If artificial intelligence operated self-driving trucks in autonomous mode, the number of traffic infractions caused by human error would drop substantially. Computers enable the vehicles to operate safely without depending on a driver’s health or judgement. What’s more, they control truck speed, appropriately handle the vehicle every time, and never get distracted.

In practice, self-driving trucks would also reduce the number of accidents caused by fatigue. An article by Texas-based GTG Technology Group notes, drivers wouldn’t have to exert themselves for hours on end; they could take breaks with their respective trucks still in motion, which would prevent delivery delays.

If trucks didn’t have to stop, productivity would skyrocket. Human factors that prolong trips (like rest stops and legally mandated breaks) wouldn’t impact delivery dates. Best of all, freight workers could program trucks to drive 24/7, which would move loads faster and effectively shrink delivery windows. In an industry that weathers slow and sometimes unpredictable transit, the promise of faster shipping is an enticing prospect.

Implementing self-driving semi-trucks would also cut costs in the areas of labor, insurance and fuel consumption. Let’s start with labor: According to an article in FreightWaves, labor accounts for 30-75% of trucking costs. Freight companies spend as much as $100,000 per year on the wages, insurance premiums, and bonuses of two drivers. These numbers translate to over $1 million over the service lifetime of a typical rig, the same article notes. If a route requires two drivers, autonomous technology that eliminates the need for one or both of them would halve or completely eliminate the labor costs associated with that route, respectively, resulting in astronomical savings.

The FreightWaves piece also notes cost savings on insurance. Derek Kaufman, Managing Partner at California-based Schwartz Advisors, “estimates that a truck involved in an accident where: a) there is just property damage; b) an injury-accident; and c) a fatality, will cost insurance companies payouts of $100-200,000, $135-450,000 and $850,000-$1.3 million, respectively.” Automated technology that makes trucks safer would provide substantial cost savings for insurers.

In practice, self-driving trucks would also improve efficiency. Autonomous vehicles that travel next to each other or in a line create an estimated 25% reduction in drag (wind resistance), which “generates a 5-15% decrease in fuel consumption.” This newfound efficiency cuts fuel costs by at least 15% and reduces emissions. Furthermore, trucks that travel outside of peak traffic hours move faster and further than they do when they’re sitting in rush-hour traffic. Indeed, “as far back as 2013, ATA estimated that [interstate] congestion was costing the trucking industry over $9 billion in traffic-related idling time fuel costs and over 140 million hours of wasted worker-related labor time.”

Autonomous semis are the future

Clearly, the biggest benefits of automated big-rigs stem from lessening or eliminating a human’s job in the truck. But it doesn’t necessarily bode poorly for truck drivers. Transport Topics writes the following about the future of truck-driving: “The freight industry will actually need more professional drivers than it employs today — not less — as demand grows.” There’s plenty of evidence that the demand for truckers will remain steady over the next 30 years, though the role may shift as autonomous technology evolves.

Some leaders in the industry predict the implementation of self-driving semi-trucks would mitigate the driver shortage. However, it’s more likely these trucks would supplement the drivers’ work instead of replacing it altogether, at least at first. It’s still advantageous to have a human in control while the vehicle is navigating tricky routes or bad weather.

Our next post will focus on the major players in the industry and how their applications of driverless trucks will change the industry in the long haul.